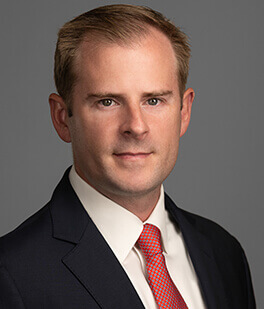 Peter Cruice is an Attorney with Wilchins Cosentino & Novins LLP. Peter’s practice focuses on all aspects of Civil Litigation – including Personal Injury and Probate Litigation – in the Massachusetts Federal and State courts, beginning from pre-suit research through the end of trial.

Since 2019, Peter has been a member of the Massachusetts Bar and the United States District Court for the District of Massachusetts. Prior to joining Wilchins Cosentino & Novins LLP, Peter was an associate at another Boston-based law firm.

While in law school, Peter spent his first-year summer and second-year fall semester working for the Suffolk County District Attorney as an intern. During his second-year summer, he was a SJC Rule 3:03 student prosecutor. Peter has also clerked at multiple civil litigation firms before he was admitted to practice law in Massachusetts.

Peter earned his Bachelor of Arts degree from Hobart College, where he was a Statesman Scholar-Athlete.