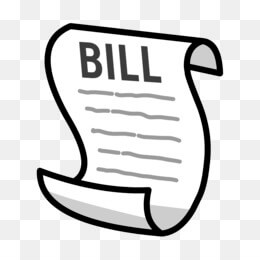 If enacted, proposed legislation filed on January 15, 2019 (S.1024) entitled “An Act to Streamline Zoning Appeals” will have a dramatic impact on zoning litigation for both developers and abutters.

First, the amendment proposes to simplify the filing and service of zoning complaints by requiring that the Board of Appeals be named as a defendant, rather than “all members” of the Board of Appeals.  The current version of the statute requires that all of the individual members of the Board be named as defendant, including members who were not part of the decision-making panel. Under the proposal, service of the complaint by certified mail would be directed only to the “clerk” of the Board, rather than by certified mail to all of the Board’s members.

The proposed amendment requires each plaintiff other than the project proponent (i.e. each abutter), within thirty days of filing the complaint, to file a statement with supporting affidavits of the basis for each plaintiff’s claim of aggrievement.  Courts have long held that to be a person “aggrieved”, i.e., to have the right to challenge a zoning decision, a plaintiff must satisfy all three elements of standing: 1) a plausible claim of a definite violation of a private right, a private property interest, or a private legal interest; 2) that the private legal interest is one that the Massachusetts Zoning Act and the Zoning Bylaw are intended to protect; and 3) establish by direct facts, not merely speculative personal opinion, that the injury is special and different from the concerns of the community at large.  The proposed amendment further provides that upon receipt of each plaintiff’s statement of standing, any defendant may, within thirty days, submit a response and supporting affidavits challenging standing.  The court is directed to hold a mandatory hearing, either with or without witness testimony, within only ninety days of the filing of the complaint, to determine whether each plaintiff has met their burden to establish standing.  The court shall dismiss any plaintiff who fails to meet their burden.  Finally, the case will move forward only if there are any remaining plaintiffs found to have standing. As stated above, no longer can a new plaintiff with standing be added after the initial twenty-day appeal period expires.

For developers facing abutter opposition, the proposed amendment would terminate zoning appeals in short order without having to await a trial as to standing sometimes years after suit is filed, needlessly delaying a project.  Although abutters will need to document and defend their claimed standing from the outset, the proposed amendment will eliminate the uncertainty of not knowing whether a court, after many months or years of litigation, will ultimately reject their zoning challenge for lack standing, rather than decide the claims on the merits.  The changes will not only streamline the litigation process; they will also reduce litigation costs for developers and abutters alike.

The proposed amendment was referred to committee for further study on February 6, 2020.  We will continue to monitor the status and be prepared to best advise our clients should the rules of engagement in zoning appeals change if the measure is enacted.

We are available to assist you with your zoning and permitting needs. Please call Eric Goldberg at 781-235-5500.