Getting Permission to Move out of State with Your Child 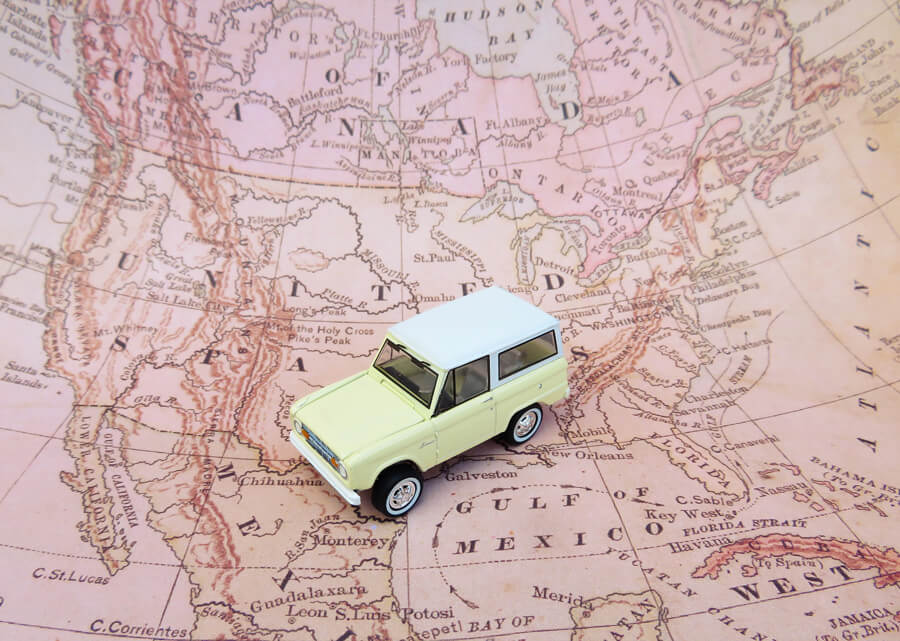 Over the last half century, society has become much more mobile. According to recent Census data, the average American moves 11.7 times in their lifetime.

But what happens if you share a child with someone and you are no longer living with that person? Can you just move with the child?

In Massachusetts, a parent needs either the consent of their co-parent, or permission from the court to move a child out of state.

If the other parent does not consent, the Court will make the decision based on the circumstances of the parties. These types of court cases are known as “removal” cases.

Over the last three decades, the courts in Massachusetts have analyzed a wide variety of fact patterns regarding removals and a healthy body of case law has emerged around the issue of removal. However, every removal case is extremely fact-based around the particular circumstances of the parties – how custody is shared, the reason for the move, the age of the child, the distance of the move, the possibility for maintaining a meaningful relationship with the absent parent all are important considerations for the court.

The analysis of whether the removal will be allowed first starts with the consideration of whether the parties have joint physical custody of the child or if the party seeking to remove has primary custody of the child. Joint physical custody in this context means that you share time approximately equal with the other parent, whereas primary custody means that the child resides with one parent the majority of the time.

In Yannas v. Frondistou-Yannas , 395 Mass. 704 (1985), the court developed the legal test utilized to determine whether a parent can relocate out of the state where they have primary custody of the child. This test has become known as the “real advantage test”.

Put simply, the primary custodial parent must show that there is an advantage to the move (such as better job opportunities, lower cost of living, closer to family supports); that the intent of the move is to not deprive the other parent of a relationship with the child, and that the move is in the best interest of the child.

Shared Custody: the best interest of the child

The Court developed a different  – and more stringent – analysis when the parents share physical custody of their child in Mason v. Coleman , 447 Mass. 177 (2006).

Where the parents share custody, the advantage to the party requesting the move is less important in the analysis in determining whether to permit the move.  Instead, the court will apply the “best interest of the child” standard to determine if the removal should be allowed, thus shifting the focus from the custodial parent’s reasons for wanting to move, to the impact a move will have on the relationship with the co-parent.  Where custody is shared between parents, “the child’s interests will typically favor protection of the child’s relationships with both parents because both are, in a real sense, primary to the child’s development.”

Given that the child relies on both parents in a shared custodial arrangement, it is much more difficult to get the Court to grant a removal request where the parties share physical custody. In Mason, the Court focused on the geographical distance that may result from one parent’s removal from Massachusetts and how that might impact the non-relocating parent’s time with the children. In Mason the Court denied the mother’s request to relocate to New Hampshire from Massachusetts, finding that the move would impact the parenting time between the children and their father, to the children’s detriment, that the schools the children attended were superior in Massachusetts versus New Hampshire, and that the move would be difficult for them.

As you can see, the analysis in Mason under a shared parenting plan focused much more on how the move would impact the children and their relationship with their father as compared to the analysis in Yannas, where the mother was the primary custodial parent and much of court’s attention focused on how the move would improve her life and as a result improve the children’s lives.

However, what if there is no custody order detailing whether the parents have shared custody or not? In Miller v. Miller, 478 Mass. 642 (2018) there was no prior custody order regarding the children in order to determine whether the Mason or Yannas analysis would apply. Under those facts the Court held that the probate and family court judge must first perform an analysis, “which may require a factual inquiry, regarding the parties’ respective parenting responsibilities to determine whether it more closely approximates sole or shared custody, and then apply the corresponding standard.”

Change of custody and removal

In a recent Appeals Court decision, the court addressed a fourth fact pattern. In E.K v. S.C, the father filed a Complaint for Modification requesting a change in custody from the mother to himself, and seeking to remove his son from Massachusetts to New Hampshire where he resided.   Given that the custodial parent was not seeking to relocate out of state, neither Yannas nor Mason technically applied to the facts of the case.

Next, the courts had to analyze whether the father could remove the child from Massachusetts to New Hampshire.  In doing so, the court developed a new test to be applied when a non-custodial parent is granted custody in the context of a request to remove the child.

First, the court must assess the intent of the parent’s initial move out of state and find that the move was not made to “interfere with the in-state parent’s relationship with the child and was not designed to establish a change in physical custody”.

If the judge finds that the parent’s intent was sincere, the judge must them determine if the out of state parent is “rooted in the community” where they seek to relocate their child, by looking at facts such as their employment, housing and extended family.

If the judge makes the above determinations that that the parent had a “good and sincere” reason for the move, the analysis next turns on the best interest of the child. Here the judge weighed the benefits of the move against the some stress or anxiety the child may temporarily experience with the move, and found that overall, the move was in the best interest of the child given the support the father would be able to give the child in New Hampshire.

While the standards and tests to apply are clear, each case truly is unique and every removal inquiry is very fact specific- from the geographic location of the removal, the benefits to the custodial parent, the opportunities the removal may offer the child, the disposition of the child, the child’s ties to their present home etc.

If you are considering removing your child from the Commonwealth, or you are faced with a removal request from the other parent, please contact Wilchins Cosentino & Novins to discuss your option and the best legal approach at 781-235-5500 or schedule an appointment HERE

The Importance of a U5 to Financial Advisors

Part 1: The Buyer’s Perspective – The Purchase and Acquisition of a Business.

Part 2: Preparing Your Business for Sale or Transfer – Legal Review and Planning

Upkeep and Maintenance of Your Limited Liability Company

Different Forms of Ownership Affect How Assets Pass at Death