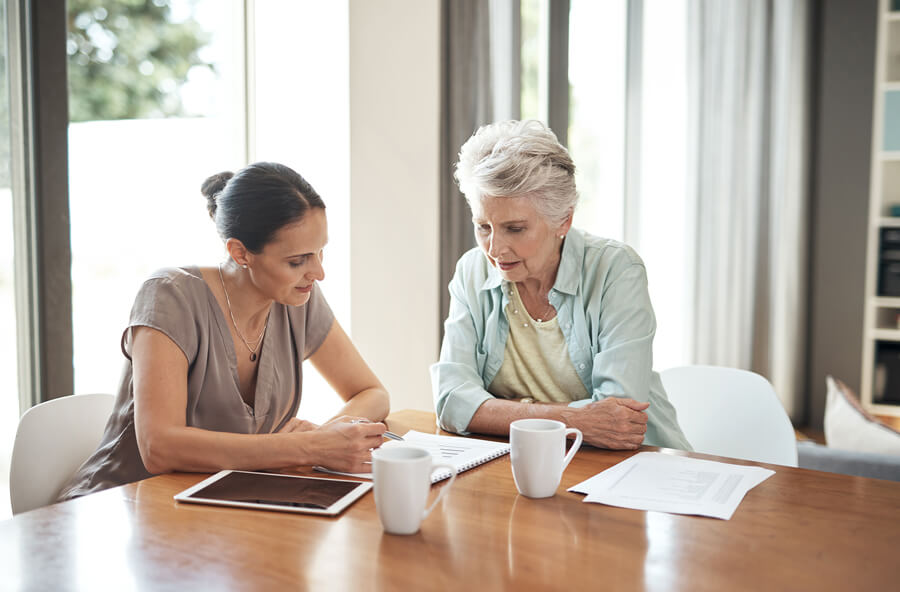 In an unprecedented gesture of fiscal generosity, Congress passed the Tax Cuts and Jobs Act on November 2, 2017, and increased the federal estate and gift tax exemption from $5.49 million to $11.18 million. Subsequent inflationary adjustments have increased this amount to $11.58 million, and, as a result, taxpayers currently enjoy the largest federal estate tax exemption since the inception of the modern estate tax in 1916. However, the increased federal exemption is scheduled to “sunset” on January 1, 2026 (if not sooner), and return to pre-2018 levels (adjusted for inflation).  For this reason, the IRS has referred to the increased exemption as a “use or lose” benefit; a taxpayer must use the increased exemption before January 1, 2026, or the opportunity will be lost, and with it the chance to transfer a significant amount of wealth free of estate tax.1

Since 1976, each taxpayer has enjoyed the benefit of a “unified” estate and gift tax exemption – an amount against which all gifts made during life and at death are counted. Gifts in excess of this amount are subject to gift tax or estate tax depending on whether the gift is made during life or at death respectively.

As a result, there are two general approaches to use of the exemption:

First, a passive or “lose it” approach: a taxpayer does not make any gifts during life and his or her entire exemption is applied to the transfer of the estate at death. In the case of the increased estate tax exemption, the passive approach will result in a “loss” of the increased exemption, because if not used before January 1, 2026, the exemption will sunset to the pre-2018 amount (adjusted for inflation).

Second, an active or “use it” approach: a taxpayer makes gifts during life and applies the exemption to those transfers as they are made, effectively removing assets from the taxable estate, and any remaining exemption is applied to the assets still in the estate at the time of death. In the case of the increased estate tax exemption, the use it approach is the only way to ensure the benefit of the increased exemption for those who do not die before January 1, 2026.

The “Lose It” and “Use It” Approaches to the Sunset

To illustrate the different estate tax consequences that can result from the lose it and use it approaches, the following scenarios describe each approach in reference to a taxpayer with a net worth of $15 million on January 1, 2021, and who later dies on or after January 1, 2026.

A taxpayer taking the lose it approach does not make a lifetime gift to utilize his or her increased exemption and retains the entire $15 million in his or her taxable estate. Therefore, at the stroke of midnight on December 31, 2025, this taxpayer will “lose” his or her increased exemption, as the amount decreases from $11.58 million to $5.69 million (a hypothetical post-sunset exemption amount), but the value of the estate will remain at $15 million when he or she later passes away. After application of the $5.69 million exemption against the $15 million estate, the estate will be liable for tax on $9.31 million, all of which will be taxed at the marginal rate of 40%. This will result in a federal estate tax liability of $3.72 million, and the remaining $11.28 million will pass to heirs or beneficiaries of the estate.

Scenario 2: Use It Approach

A taxpayer taking the use it approach will utilize his or her entire increased exemption amount by making a gift of $11.58 million before January 1, 2026. This lifetime gift will reduce the remaining exemption amount to $0, and remove $11.58 million and any future appreciation thereon from the taxable estate, effectively reducing the $15 million estate to $3.42 million. When this taxpayer dies after the sunset on January 1, 2026, after having used his or her entire exemption, the estate will be taxed at 40% only on the $3.42 million remaining therein. This will result in a federal estate tax liability of only $1.37 million, allowing $13.63 million to pass to heirs or beneficiaries of the estate. Therefore, as illustrated in Table 1 below, the taxpayer who uses the increased exemption will pay roughly 63% less of what the taxpayer who loses the increased exemption will pay in estate tax. This translates to an estate tax savings of $2.36 million, and means that the taxpayer who uses his or her increased exemption will pass on an additional 16% of the initial $15 million estate to heirs or beneficiaries of the estate.

For individuals dying on or after January 1, 2026

There is no one-size-fits-all approach to gifting, however, and there are definite reasons why the lose it approach may have advantages over the use it approach.

For example, suppose a taxpayer attempts to use his or her increased exemption, and makes a gift in the amount of $5.69 million in 2021, as illustrated in Table 2 below. This gift would constitute a “partial use” of the increased exemption, and would cause the $15 million estate to be reduced effectively to $9.31 million. Suppose that later, the 2026 exemption amount is announced as $5.69 million. In this case, since the value of the pre-sunset gift is equal to the post-sunset exemption amount, there will be no remaining exemption to mitigate estate tax liabilities when the person dies in 2026. Therefore, the taxpayer who gifted $5.69 million from his or her estate in an attempt to use the increased exemption would face the same estate tax liability as the taxpayer who retained the $5.69 million and enjoyed use of the money during life. It should be noted however, that the taxpayer who made a partial use gift will have removed any future appreciation in the value of the property gifted from the taxable estate, which will result in an overall tax savings.

For individuals dying on or after January 1, 2026

Another reason to consider the lose it approach is the so-called ‘step-up’ in basis for assets owned at the time of death. For example, a taxpayer who bought a condominium in South Boston in 1980 at a low price has seen significant appreciation in the value of the asset but still has a low tax basis in the property which will cause capital gains consequences in the event the property is sold for fair market value (capital gains are charged against the difference between an asset’s adjusted basis and the asset’s sale price). If the condo is gifted out of the estate by the taxpayer during his or her lifetime it will not be eligible for the step-up in basis at death, and therefore a sale of the condo may result in significant capital gains consequences for recipients or beneficiaries. If the taxpayer does not make a gift of the condo, but instead dies owning it, the condo will receive a ‘step-up’ in basis to fair market value at death, and heirs or beneficiaries will be able to sell the condo with minimal income tax consequences. Additionally, a taxpayer who uses their increased federal exemption and gifts a valuable asset must be prepared to give up day-to-day control of that asset. The IRS will invalidate a gift if it is found that the taxpayer who made the gift retains the right to possess, enjoy or control the gifted asset and will assess additional tax liabilities. Furthermore, if the recipient of a gifted asset seeks to return the asset to the taxpayer who made the gift, the tax consequences of maneuvering the asset back to the taxpayer can be disastrous for all parties involved.

The gifting of assets requires a balance between the current needs of the taxpayer, the future needs of the taxpayer’s heirs at law and tax consequences which will effect both parties. Ultimately, to gift or not to gift is a question that must be approached with prudence and discussed with qualified professionals.

Future of the Estate Tax Exemption

The estate tax exemption was increased by legislative fiat and it therefore follows that the estate tax exemption can be decreased by legislative fiat. However, the IRS ruled on November 26, 2019 that it will honor the exemption amounts applied against gifts made before January 1, 2026 and will not seek to “clawback” those amounts by reducing the post-January 1, 2026 exemption amount. Therefore, taxpayers who use the increased exemption will not need to worry that his or her exemption will be wasted if sufficiently used during this period of time.

This is not to say that a taxpayer will necessarily have until January 1, 2026 to use the increased exemption amount. The recent pandemic has created huge budget deficits, soon Congress will be trying to raise revenue quickly, and tax plans which have been proposed to shrink the deficit could have major shrinking effects on the future of the estate and gift tax exemption..

The increased estate tax exemption presents a great opportunity for US taxpayers to pass more of their wealth tax free-free to the next generation prior to the January 1, 2026. However, it is important to consult with a professional to ensure that the gifts are made in the proper amounts and at the proper time to ensure effective use of the increased exemption. Please contact the Private Client Services Group at Wilchins Cosentino & Novins LLP for further information regarding the topics discussed in this article.

We continue to be available to assist you via telephone and video conference, and hope to provide continued assistance to ensure you are prepared to deal with the legal challenges being presented during this difficult time.

1 Please note that the focus of this article is limited to issues surrounding the sunset of the expanded federal unified estate and gift tax exemption on January 1, 2026. This article does not address portability of the unified federal gift and estate tax exemption, state estate tax, or deductions or credits which can reduce federal estate tax liabilities.