Attribution Of Income: When A Court Can Order Alimony Or Child Support Based On What A Person Ought To Be Earning, Rather Than What He Or She Is Actually Earning 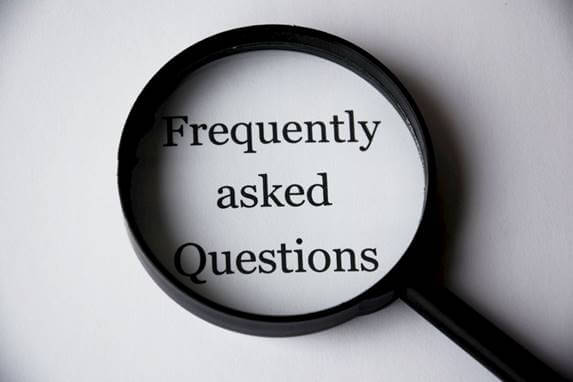 In a divorce or paternity action, determining the amount of money to be paid as child support or alimony involves a calculation. In general, the higher the payor’s income and the lower the recipient’s income, the higher the court’s support order. Sometimes, when the time comes for this calculation to be made, one of the parties is claiming to be unable to get a job, or unable to earn as much money as he or she used to earn. In cases where a party’s unemployment or underemployment is found to be a matter of choice, rather than the result of factors beyond their control, the court has a useful tool at its disposal, attribution of income.

The ability to attribute income enables a judge to order child support or alimony based on a person’s potential earning capacity rather than actual earnings. The decision to attribute is not made casually, however. The court must make specific findings based on evidence, and the evidence must be sufficient to prove that the person in question is qualified for an available job that would pay at least the amount of income being attributed and that he or she has failed to make reasonable efforts to secure such a position. Essentially, the court must be persuaded that it is within the person’s control to earn the amount being attributed.

“Income may be attributed where a finding has been made that either parent is capable of working and is unemployed or underemployed.”

If the Court makes a determination that either parent is earning less than he or she could earn through reasonable effort, the Court should consider potential earning capacity rather than actual earnings in making its child support order.

The Court shall consider … the specific circumstances of the parent, to the extent known and presented to the Court, including, but not limited to, the assets, residence, education, training, job skills, literacy, criminal record and other employment barriers, age, health, past employment and earnings history, as well as the parent’s record of seeking work, and the availability of employment at the attributed income level, the availability of employers willing to hire the parent, and the relevant prevailing earnings level in the local community”

The three Massachusetts appellate decisions discussed below provide useful examples and analysis about when a trial court should and when it should not attribute income.

Macri v. Macri, 96 Mass. App. Ct. 362 (2019), is a particularly illustrative decision. The Massachusetts Appeals Court heard the case twice, finding the first time around that the trial court’s attribution of income to a husband was not supported by the evidence and ruling after a second trial that the evidence supported attribution to him of more than $400,000 per year.

In a 2013 judgment, following the parties’ first trial, the probate and family court awarded the wife unallocated support (child support and alimony) in the amount of $10,000 per month. The husband had been unemployed for some time but had earned a high income when the parties had lived in Asia. The trial court found that the husband was capable of making more than $400,000 per year and, in awarding support to the wife, treated the husband as if he were earning that much.

The case was sent back to the trial court and ended up before the Appeals Court again after a second trial. At the second trial, the court had heard testimony from the wife’s vocational consultant. The trial court again ordered the husband to pay the wife $10,000 per month, finding that the husband had failed to exercise reasonable efforts to obtain appropriate employment and attributing income to him of $440,400 for 2014 to 2016 and $475,000 for 2017. This time, the Appeals Court upheld the attribution of income, finding that the trial court had properly considered all factors required by the Child Support Guidelines. The husband, 51 and in good health, had worked in the financial sector for more than 25 years, holding titles of vice president, director, managing director, general manager, and senior consultant. The vocational expert witness had testified credibly that the husband was highly employable in a range of positions in the financial sector and that as of the time of the trial there were more than 5,000 available positions in the Boston area involving the kinds of position the husband specifically claimed to be searching for. That evidence was good enough for the Appeals Court.

In the other two cases, attribution of income was more problematic. In a 2016 case, P.F. v. Department of Revenue, 90 Mass. App. Ct. 707 (2016), the Appeals Court reversed a trial judge’s allocation of income, finding that the judge had based his decision on inappropriate factors and had failed to consider the factors he was required to consider.

Serving a prison sentence for having committed indecent assault and battery on the supported child, the father sought a reduction of his child support because of his inability to earn any money. Refusing the father’s request, the trial court decided that child support should remain as it had been when the father was employed. The trial judge attributed income to the father because his loss of employment was a “foreseeable” consequence of his crime against the child.

Of the judge’s rationale for income attribution, the Appeals Court wrote in its decision:

[I]n Massachusetts, the relevant inquiry for attribution of income is not whether the payor’s unemployment was “foreseeable”; it is whether the payor is presently able to obtain employment through “reasonable efforts.” … As the judge recognized, a payor serving a criminal sentence cannot obtain gainful employment through “reasonable efforts” while he is incarcerated. Accordingly, it was not a proper exercise of the judge’s discretion to attribute income to the incarcerated father based on his prior earning capacity.

Another Appeals Court reversal of a trial court’s allocation of income occurred in Emery v. Sturtevant, 91 Mass. App. Ct. 502 (2017). This divorce modification case involved a husband who had worked as head of school at a private boarding school. Having been “extremely successful and effective in the performance of his job duties,” the Husband had earned an annual salary of $350,000 plus various valuable benefits (including housing, meals, use of a vehicle, and generous private school tuition waivers for the parties’ children). The court found the total value of his compensation to have been approximately $450,000. The husband voluntarily resigned his position citing “personal reasons” after admitting to having engaged in an extramarital affair with a subordinate. By the time his severance had run out, and after an extensive job search, the husband had accepted a position as head of a school in Ohio, earning a salary of $135,000, a fraction of the amount he had previously earned.

Rejecting the husband’s request to lower his alimony and child support payments, the combined amount of which far exceeded his income from the new job, the trial court relied on the fact that the husband’s resignation, with the resulting pay cut, had been voluntary. Further, the trial court cited the husband’s failure, once he had accepted his new position, to continue to search for a job with a salary commensurate with that which he had earned at his old school. The trial court attributed income to the husband consistent with his prior salary, stating that his lower salary was a matter of “his own choosing.”

In such voluntary career change cases, attribution based on a party’s prior earning capacity has been permitted when that party has voluntarily left his or her job and has thereafter failed to make reasonable efforts to secure comparable employment. This may occur when a party has taken an early retirement, or has chosen to pursue work in a totally unrelated field at a substantially reduced salary, despite the availability of higher-paying jobs commensurate with that party’s education, training, and experience. See, e.g., Schuler v. Schuler, 382 Mass. at 372 (affirming attribution of income to husband who, after being terminated from job, chose “to wait indefinitely upon the limited prospect of becoming president of a corporation” instead of taking readily available position as engineer); Canning v. Juskalian, 33 Mass. App. Ct. 202, 209-211 (1992) (affirming attribution of income to wife who resigned from job to stay at home with child from subsequent marriage); Bassette v. Bartolucci, 38 Mass. App. Ct. 732, 735-736 (1995) (affirming attribution where husband voluntarily retired from his job as letter carrier earning $735 per week to work as missionary with pension income of $235 per week); C.D.L. v. M.M.L., 72 Mass. App. Ct. at 152, 158 (affirming attribution of income to husband who, after resigning as partner in large law firm, “made minimal attempts to obtain employment” and “only applied for jobs in areas for which he had little or no experience”).

Mr. Sturtevant’s case was different from these examples. He had not taken early retirement or resigned in order to pursue a less lucrative career in an unrelated field, and in any event, “[r]egardless of the circumstances surrounding the husband’s resignation …, the judge was still required to consider whether, at the time of the modification trial, the husband could earn more with reasonable effort.” The Appeals Court characterized the reasonable efforts inquiry as critical and stated that it is generally the determining factor in a court’s decision whether to attribute income.

The reasonable efforts analysis requires consideration of all relevant factors, including the availability of employment at the attributed income level. The husband’s testimony, credited by the trial judge, included a detailed account of his job search over a period of eleven months. During that period the husband “(1) applied for dozens of positions in the private education sector, the majority of which were head of school or similar positions; (2) traveled frequently, often several times per month (including to Boston, New York, Connecticut, California, and China), to attend numerous interviews, meetings, and job fairs; (3) worked with several recruiters and job search agencies; (4) reached out continuously to his contacts in the education field regarding potential job openings; and (5) worked on developing skills in educational technology to further enhance his marketability.” The outcome of this exhaustive process was that the husband received a single job offer, which he accepted.

The Appeals Court disagreed with the trial court’s statement that the husband should have continued, once he had accepted this job, to try to find a position with a higher salary. “It is neither reasonable nor fair to expect the husband, after he has engaged in an extensive job search in his field of expertise and has secured employment commensurate with his training and experience, to continue his job search efforts indefinitely to avoid the risk of income attribution.” The Appeals Court directed the trial court to set the husband’s support obligations based on his actual, rather than attributed income.

These decisions make clear that the mere fact that a party used to earn more than he or she is earning now is not enough for a court to attribute income, even if the loss of that income was voluntary (Emery v. Sturtevant) or the result of misconduct (P.F. v. Department of Revenue). Income will not be attributed without persuasive evidence that the person has failed to make reasonable efforts to find employment and that jobs are available at the income level being attributed.

If you have questions regarding attribution of income, your child support or alimony order, please feel free to contact the experienced family law attorneys at Wilchins, Cosentino & Novins LLP at 781-235-5500 or schedule a phone call here.