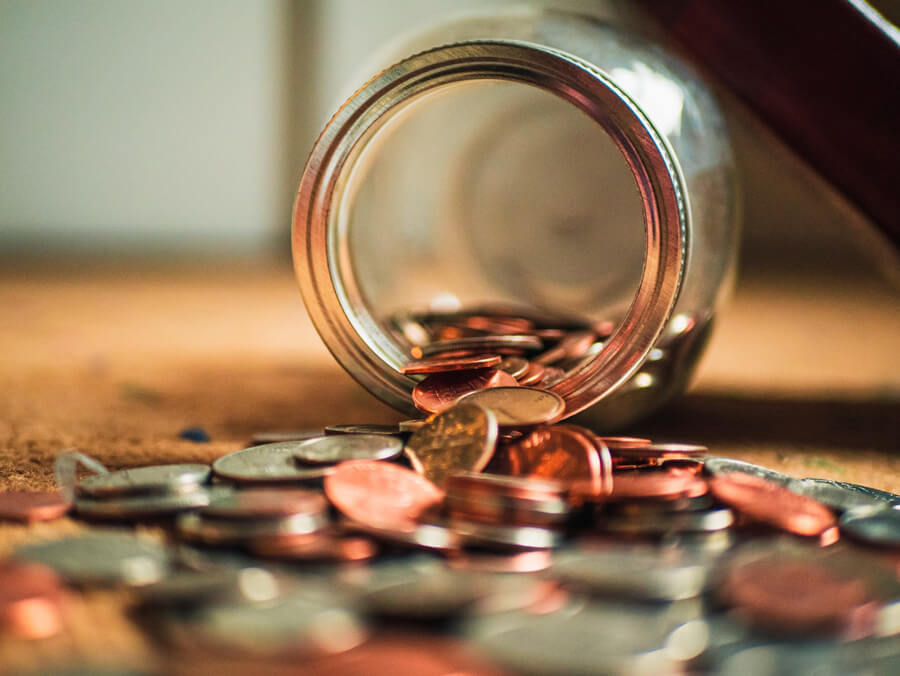 The Massachusetts Appeals Court recently addressed the factors a court must consider in deciding whether, how much and for how long to award alimony.

One of these cases addresses the conditions under which the trial court can attribute income to the payor (i.e., determine the amount of alimony to be paid by an unemployed or underemployed person based on a theoretical income the court finds the payor to be capable of earning). The Appeals Court upheld the trial court’s attribution of income of more than $400,000 to the husband, finding based on expert testimony that the husband was underemployed, that he was highly employable in numerous areas within his field, and that there were thousands of available positions in the Boston area for which the husband was suited and qualified.

All three decisions discuss how a court should assess the alimony recipient’s need and what factors are included in that analysis. Importantly, there is a distinction between determining a recipient’s need at the time of an initial alimony award and determining need when a court is considering whether to extend alimony beyond the statutory durational limits established by the Alimony Reform Act. While maintaining the marital lifestyle is an important factor in an initial alimony award at the time of divorce, it is no longer a relevant consideration when the recipient is asking for alimony to continue beyond the new law’s durational limits. At that point, alimony is no longer about maintaining a particular lifestyle enjoyed during the marriage. It is about meeting more basic needs. The statute’s durational limits should apply and alimony should be terminated unless the recipient cannot support himself or herself without it.

In D.B. v. J.B., 97 Mass. App. Ct. 170 (2020), the Appeals Court upheld an award of $60,000 per month, finding that the amount was supported by the husband’s income and needed by the wife in order to maintain the upper middle-class to upper-class lifestyle the parties had enjoyed during the marriage.

The parties were married in 1998 and the husband filed a complaint for divorce in 2011. The parties reconciled briefly, but proceeded with their divorce case in 2013 and, after a trial, the case was decided in May 2017.

The husband worked as a general partner at an investment firm. The wife had a college degree and was employed before the parties’ marriage, but beginning with birth of their first child in 1999 became a stay at home mother. She managed the household and hosted dinners and political fundraisers for the purpose of developing the husband’s business. As the children got older the family hired nannies but the wife continued to be involved in the day to day running of the household.

The husband appealed the trial court’s award of alimony, claiming that, at $60,000 per month, 34% of the husband’s income, it exceeded the wife’s need. The Appeals Court disagreed, finding that the wife had a significant need for support from the husband in order to maintain the “upper-middle class to upper-class lifestyle” enjoyed by the parties during the marriage. The Appeals Court wrote that “in calculating alimony, it is appropriate to view the need of a recipient spouse in light of the affluence of the family as a whole, keeping in mind the ability of the other spouse to pay.” The trial judge had properly considered various factors in assessing the wife’s need, including that she had been out of the workforce for almost two decades, that she was not in the best of health, had made noneconomic contributions to the marriage, and had lost economic opportunities due to the parties’ agreement that she would stay at home and parent the parties’ children. Given the husband’s substantial ability to pay, and the wife’s limited income and need for support, the wife needed the alimony in order to maintain the lifestyle she had enjoyed prior to termination of the marriage.

This case went to the Appeals Court twice. In a 2013 judgment the probate and family court awarded the wife unallocated support (child support and alimony) in the amount of $10,000 per month based on the court’s attribution of annual income to the husband. The husband was unemployed at that time but had a history of having earned a high income when the parties had resided in Asia, and based on that history the trial court found that he was capable of making more than $400,000 per year and, in awarding child support and alimony, treated him as if he were earning that much.

On the first appeal, the Appeals Court ruled that the evidence presented at trial did not support the $400,000 attribution of income. The trial court had based its attribution of income on the husband’s history of earning much more than that when he was employed in Singapore and Hong Kong. The Appeals Court stated that for the trial court to attribute such income to the husband, the court would have to hear expert testimony as to the husband’s earning potential in the United States. The case was sent back to the trial court, which held a second trial.

At the second trial, the wife presented expert testimony from a vocational consultant. The trial court again ordered the husband to pay the wife $10,000 per month, finding that the husband had failed to exercise reasonable efforts to obtain appropriate employment and attributing income to him of $440,400 for 2014 to 2016 and $475,000 for 2017. This time, the Appeals Court found the court’s judgment to be properly supported by the evidence.

Relying on the Massachusetts Child Support Guidelines, the Appeals Court pointed out that the factors to be considered in attributing income to a spouse whom the court finds to be unemployed or underemployed include his or her assets, residence, education, training, job skills, literacy, criminal record and other employment barriers, age, health, past employment and earnings history, as well as the spouse’s record of seeking work, and the availability of employment at the attributed income level, the availability of employers willing to hire the spouse, and the relevant prevailing earnings level in the local community.

The Appeals Court found that the trial court had properly considered all factors required by the Guidelines. The husband, 51 and in good health, and had worked in the financial sector for more than 25 years, holding titles of vice president, director, managing director, general manager, and senior consultant. The trial judge had found that the husband was not sincere in his claim to be looking for suitable employment and that his efforts seemed half-hearted. Among other things, the trial judge noted that the husband could not remember the names of search firms he had worked with, had not responded to ads in professional journals, and had more often than not forwarded his resume by email rather than contacting individuals at companies directly.

The judge found the vocational consultant’s testimony to be credible, including that the husband was highly employable in a range of positions in the financial sector and that as of the time of the trial there were more than 5,000 available positions in the Boston area involving the kinds of position the husband specifically claimed to be searching for.

The Appeals Court also defined the term “need.” “If the supporting spouse has the ability to pay, the recipient’s ‘need’ is typically the amount required “to maintain the lifestyle he or she enjoyed prior to termination of the marriage.”

In Voorhis v. Relle, 97 Mass. App. Ct. 46 (2020), the Appeals Court upheld the termination of alimony based on the new alimony law’s durational limits. When a former husband sought to terminate an existing alimony order based on application of the new law’s durational limits and the former wife sought to extend alimony, the court stated that the burden was on the former wife to prove a continuing need, and that the assessment of “need” at that stage did not include consideration of the recipient’s ability to maintain the marital lifestyle.

The parties were divorced in 2002, after a marriage of just under 20 years. The judgment of divorce incorporated the terms of their separation agreement, including the husband’s obligation to pay alimony of $4,020 per month plus 35% of any cash bonuses he received, in addition to child support. The parties’ circumstances changed a few years later when the wife was convicted of vehicular manslaughter and was sentenced to a lengthy prison term. After serving more than eight years in prison, the wife was released in October 2016.

Shortly before the wife’s release from prison, the husband filed a complaint for modification, seeking to terminate his alimony obligation. The parties had been married for 226 months and under the terms of the Alimony Reform Act, enacted while the wife was incarcerated, the duration of general term alimony for a marriage of that length would have been 180 months (80% of the duration of the marriage), meaning in this case that it would end in January 2017. The wife counterclaimed, seeking continuation of alimony.

After a trial, the court issued a modification judgment in the husband’s favor. The March 2018 judgment terminated the husband’s alimony effective January 2017, meaning that the wife had to reimburse the husband for $56,000 in alimony he had paid her during the preceding 14 months.

The wife’s financial expert had testified at trial that the wife would run out of money by age 78, but the trial judge did not credit the expert’s testimony because it was based on inaccurate financial information. The court found that the wife had been dishonest on her financial statement and that she had substantial assets to draw on for her support, even though she was earning only $15.75 per hour working at Home Depot.

The wife argued on appeal that the trial court had failed to consider the marital lifestyle and her inability to maintain such a lifestyle without alimony. Rejecting that argument, the Appeals Court stated that marital lifestyle should not be a factor when a court is being asked to extend alimony beyond the presumptive durational limits. “Need,” in this context, the court stated, is about being able to support oneself financially, not maintaining the lifestyle the parties led during the marriage.

The Appeals Court did rule in the wife’s favor on one matter. It vacated the part of the judgment that required the wife to reimburse the husband for alimony paid during the pendency of the case and after the durational limit. Although the trial court had discretion to make the modification retroactive, it was required first to make findings reflecting its consideration of all of the factors mandated by the alimony statute. The case was sent back to the trial court to consider the enforceability of the retroactive portion of the judgment, including the wife’s ability to pay.

If you have any questions regarding your alimony order, please contact the experienced family law attorneys at Wilchins Cosentino & Novins at 781-235-5500 or schedule a call here.